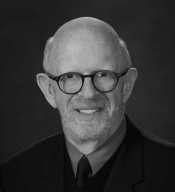 … is a New York-based architect, urban designer, educator, and author. He is the principal of the award-winning studio Lance Jay Brown, Architecture + Urban Design. He has been the AIA NY 2014 President, a festival that looked at the design and impact of public places. He has served as assistant director of the Design Arts Program at the National Endowment for the Arts; professional advisor to the WTC Site 9/11 International Memorial Design Competition; co-directed the 2003 NEA funded Upper Manhattan Heritage Project; served as special advisor to the Mostar 2004 Urban Reconstruction Workshop, Bosnia Herzegovina, and co-directed the HUD-funded Crosstown 116: Bringing Habitat II Home From Istanbul to Harlem and numerous other urban design projects. For more info – Consortium for sustainable urbanization; Design for risk; Bernard & Anne Spitzer School of Architecture

… Formerly of Osram, Dr. Chips is recognized as one of the pioneers in LED lighting and as an industry leader and advisor with various trade, non-governmental and governmental agencies on lighting and energy policy. He serves globally as an industry consultant for product, service, and market strategy targeting technology intensive verticals mainly focusing on energy and environmental efficiency. He continues to play a role as mentor for early stage companies and students of entrepreneurship and innovation. Chips received a Ph.D. in Polymer Science & Eng. from Univ. of Massachusetts and a B.Tech Chem. Eng. from IIT Bombay.

… is an architect and landscape architect and a professor at Portland State University, College of the Arts, Architecture Department. His focus has added depth to night studies. Beyond academia,  as the founder of Portland Winter Light Festival, he works with the County arts and serves on the Willamette Light Brigade illuminating Portland’s bridges.

… is the founder of Civic Consulting USA, a non-partisan nonprofit committed to public-purpose innovation. He has designed the NYCx emerging technologies program, managed mayoral transitions, launched analytics partnerships, and garnered recognition from the White House, Harvard’s Kennedy School, Bloomberg Civic 50, and more. He’s on the faculty of NYU Wagner Graduate School of Public Service. An active board leader, Alexander has helped more than a dozen start-ups and social impact organizations expand and deliver greater value — and now serves as a publicly elected garbage commissioner.

… is Associate Professor (Reader) in sociology at the LSE. He is co-director of the Configuring Light research group which explores the role of social research in urban lighting design and planning. Projects include studies on inequality and design through workshops in varied contexts and cities.  He is a co-author on a number of major publications.

Links about each of us (in random order)